As I’ve said before, I grew up in South Jersey.  And yes, there’s a difference between North and South.  Huge, actually.  The “Garden State” is from South Jersey – farmland.  In NJ, you have to be 17 for your driver’s license.  I had several older friends, and on Long Beach Island, lots of my friends were from Pennsylvania, where the driving age is 16.  So, I had lots of time to decide what I thought I wanted for a car.

I worked at the country’s second largest tropical fish store, starting in 8th grade. So, I had my own money. One of the guys I worked with went to college, and he drove a VW bug, and had a BMW bike.  Damn that was a beautiful bike.  One of my best friends Steve, had a bug, that he had to share with his sister.  We loved that car, but when I think back, it was a nightmare.  On the Parkway, it could only do the speed limit downhill.  50 was typically max.  The brakes were bad, so he’d downshift at stop signs or lights, and we’d open the doors, jump out and pull the car to a stop.  The windshield wipers motors didn’t work.  We tied strings to them, and pulled them back and forth in the rain.  The car came without a fuel gauge.  I’m not lying.  It had a reserve tank that you pulled a lever for, and then you found a gas station.  Steve’s sister Linda always forgot to close the reserve tank when she got gas, so when you do that, you run completely out.  We got good at hitchhiking.

We hitchhiked EVERYWHERE before licenses.  The best move we had was to go to the traffic light, and knock on car windows asking for a ride. It always worked – we were polite.  About 10 years later I saw an even better trick.  I was in a rural area in Texas, and a guy was standing on the side of the road with a gas can in his hand.  So, of course, I stopped.  He told me he didn’t even own a car.  I picked him up in front of the farmhouse he lived in.  He heard my car coming, grabbed his gas can and ran out of the house to flag me down.  He said it worked almost every time.  Got home the same way.

Anyway, the guy I worked with occasionally brought his mother’s car to work.  She had a late 50s Mercedes 300SC.  See the picture below. 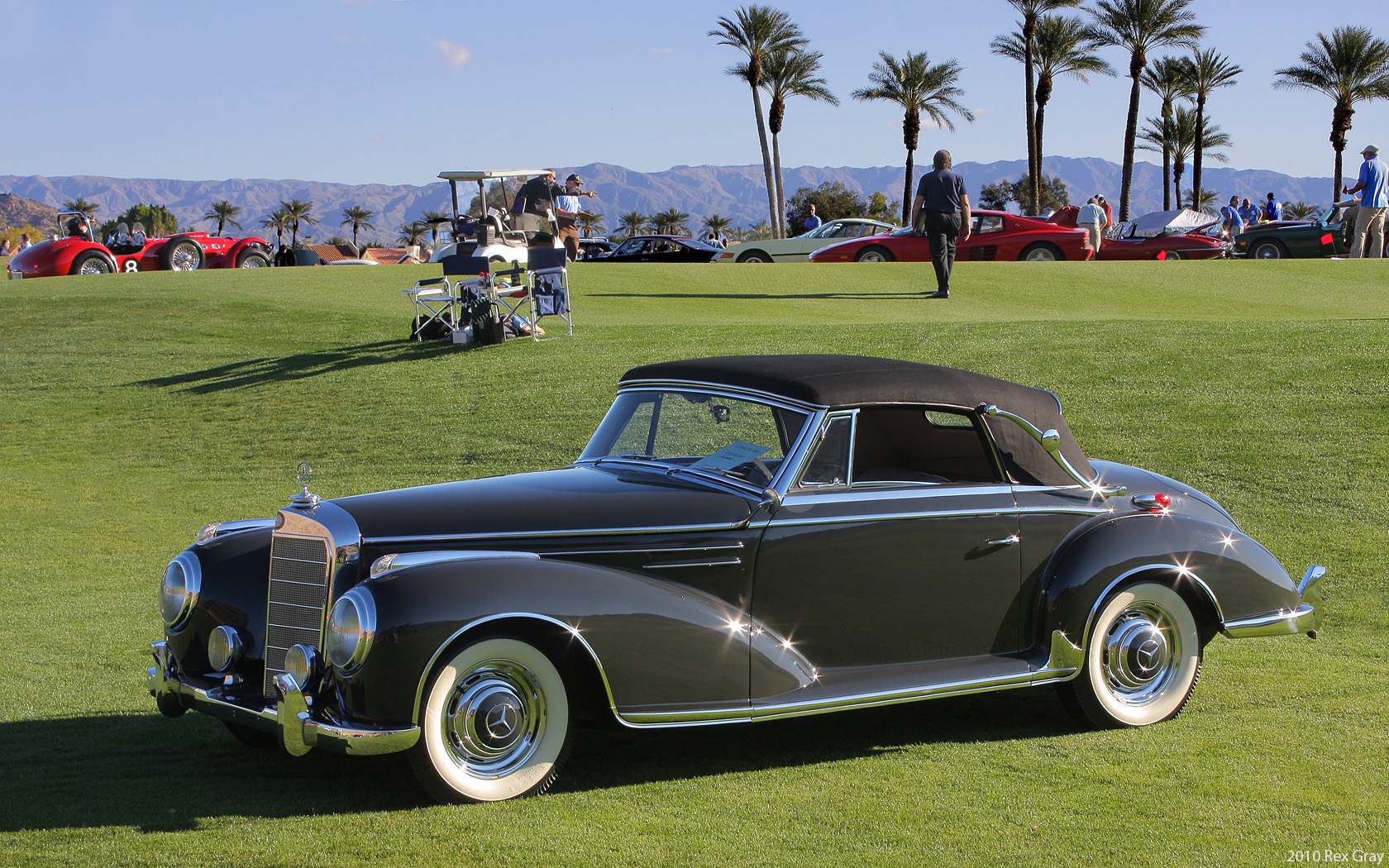 Maybe one of the most beautiful cars ever made.  I fell in love.  It was in perfect condition, and it’s a handcrafted beauty.  Today it would be worth just north of a million dollars.  One of the other guys I worked with, Billy, had a Toyota Celica.  It was a great car too.  Turns out my wife, Jan, had a Toyota Celica as her first car.  So I looked at them, and looked at new Subarus.  I didn’t know what a Subaru was, and neither did my father.  I liked it, but passed. I finally narrowed it down to a VW Bug that I was going to supercharge and add headers to (so it would get out of its own way…), or a more affordable Mercedes, a 1950s 190SL convertible.  I found a 190SL that I could afford.  I’d saved my own money for this car, but still had to borrow a bit from my Dad.  The guy brought the car to the house, and my father and brother looked over it.  My brother thought it was a piece of shit – he’d never even heard of a Mercedes, he drove an Impala.  He and my dad nixed the deal.  Ugh.  I was heartbroken.

Then a friend of my father’s from Brant Beach Yacht Club heard I was looking for a used Mercedes.  He had a 250S that was 8 years old.  A huge behemoth of a car – an S Class.  So, I bought it.  It was fantastic.  Compared to typical US cars, it wasn’t very fast, but it handled like a true sports car.  American cars were built to drive straight. German cars were built for driving.  My friends came up with a term for changing direction in it:  a “Terror turn”.  We’d be going down the highway at 60, and one of them would go “turn here!” I’d turn the wheel, and the car would willingly oblige.  All of my passengers ended up on one side of the car though.

One time, my car wouldn’t start (battery), and I had to borrow my Dad’s old worn out Coupe de Ville Cadillac for a date.  My girlfriend was beside herself,  she got to go on a date in a Caddy.  All I could think is “what the hell do I own, a Pinto?”

My friends Jim and Rick, brothers, had their mother’s old station wagon.  The car had fake wood sides and one time we drove 55 miles to the Jersey Shore in, in reverse.  The transmission had gone out, but we weren’t going to let something as simple as that wreck our weekend.  Rick drove kneeling on the front seat, the wheel beside him, while Jim worked the accelerator and brakes, and I navigated from the middle seat.

Anyway, these were our 2 “go-to” cars for the drive-in.  We’d load the station wagon up with lawn chairs and a keg, and I’d take my car and we’d load 3 or 4 kids in the trunk.  The trunk was giant.  One time Jim crawled out of my trunk complaining “Billy, you need to put some ventilation in your trunk, I couldn’t breathe.”  Steve replied “Well, it wouldn’t be so bad if you didn’t smoke in the trunk!”  We’d arrive at the drive in, set up the chairs and keg, and turn the speakers up full blast.

There are times I wish I still had that car, and I search for them online, on occasion.  But about 20 years ago, I did buy that 190SL that my father and brother kept me from buying.  Still have it: